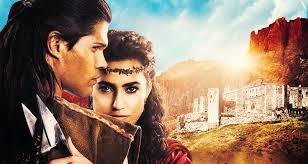 Although Samson had a superlative example of a spousal relationship in his parents, he ignored their example. As an adult, Samson went to Timnah where he saw a Philistine woman. Samson told his parents that he wanted the woman for his wife. Samson’s parents preferred that their son marry a woman of the Danite tribe, or at least an Israelite woman. Neither was aware that their son’s motivation for marrying a Philistine woman came from God. The marriage was part of God’s plan for freeing Israelites from Philistine tyranny.

In the Ancient Near East many marriages were celebrated with seven days of feasting. During a wedding festival, guests drank wine freely. Likely, Samson drank wine, thus, breaking a Nazarite vows to consume nothing made from fermented grapes. Early in the seven-day wedding celebrations, Samson proposed a riddle to the Philistines. Samson and his Philistine guests agreed that if they answered the riddle in the seven days of the marriage feast, he would give them thirty linen garments and thirty changes of clothes. If Philistines did not solve the riddle, they owed Samson thirty changes of clothes.

By the third day of the wedding feast, Samson’s guests still had no idea what Samson’s riddle meant. They threatened Samson’s bride with burning her family home and father if she didn’t get the riddle answer from Samson. The Philistine bride was terrified; but, instead of going to her Samson with the threat, she spent the next three days seducing the riddle’s answer from him. Eventually, Samson explained the riddle to her and she told the answer to the Philistine wedding guests.

When the Philistine men gave the riddle’s answer to Samson, he knew that his bride betrayed him. Yet, Samson still owed the linen and clothing to his guests. Samson left his bride’s home and went to Ashkelon, killed thirty Philistines, and plundered their bodies. He gave the dead men’s garments to the thirty men who solved the riddle. Prior to Samson killing the thirty men at Ashkelon, the Spirit of God came upon him indicating that God approved Samson’s actions (Judges 14:19). Until his hair was cut, there is no Bible record that God’s Spirit left Samson.

The Philistine murder of his wife caused Samson to take revenge for her life. The Bible recorded that Samson struck the Philistines, hip and thigh (Judges 15:8), using a bone from a dead animal;  thus, breaking a Nazirite vow not to touch a dead body. The Bible records that vengeance belongs to God not to either churches or congregates (reference). A church that takes vengeance or revenge on a person or an institution commits apostasy.