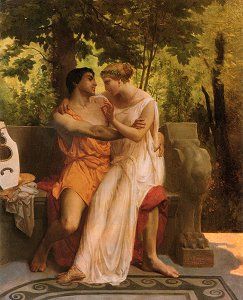 Heart of the Story: A man in the Corinthian church is having sex with his father’s wife, which was adultery.

Story Line: Paul identifies that a man sleeping with his father’s wife is sexual immorality. The man committed adultery as the Old Testament defined adultery. Let’s look at what was happening:

Pondering Relationships: When you read this brief anecdote, did you ask yourself, “What was the father doing when his son was having sex with his wife?”  The adultery was common knowledge in the church – Paul knew about it and he was hundreds of miles away. Why didn’t the father take some action to stop this sexually immoral behavior from his son and wife.

Does it seem to you that the man disrespected his father? The man’s mind, his moral sense, must have been dulled. Equally true, the father’s wife must have cared little for her husband that she would have sex with his son. I imagine that the woman in this story could have been appreciably younger than her husband; however, age difference does not excuse her willingly committing adultery with the man’s son.

Although this entire situation is sad, the saddest part is that the man and apparently the woman did not mourn their behavior. The man must have been a professing Christian. Further, Corinth church leadership did not remove the man from the church. Does your church remove blatant sinners from the church? Mine doesn’t. My church seems to believe that it is good that sinners come to church. Perhaps, by coming to church these sinners will repent of their sins.

Reflection: Trying to make decisions or take stands consistent with the New Testament is difficult at times.