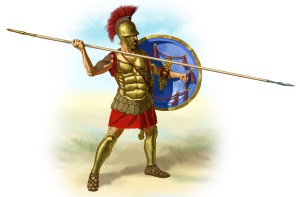 Backstory: Daniel was exiled from Jerusalem to Babylon in the first group of exiles. He was part of the Judah royal family. He steadfastly believed in God.

Story Line: Nebuchadnezzar, the ruler of the Babylonian Empire, had a dream that troubled him. The dream was so disturbing that Emperor Nebuchadnezzar couldn’t sleep. He commanded that all of the magicians, enchanters, sorcerers, and wisemen of The Chaldeans be brought before him. Then, Nebuchadnezzar demand that they not only interpret the dream but actually tell him what he dreamed. Perhaps like some of us, we forget our dreams when we awaken; yet we know that the dream was terrifying and distressful.

Nebuchadnezzar said that whoever told him the dream and its interpretation would receive gifts and rewards and great honor. But (and there always seems to be a “but” in the Bible) if no one could tell him the dream or interpret it, all magicians and wise men in the Empire would be torn limb from limb and their houses would be laid in ruin.

In his rage at the wisemen and magicians, Emperor Nebuchadnezzar’s edict to kill all wise men and magicians was far reaching. The emperor’s decree meant that Daniel and his companions would be killed. The death would be ugly. One way ancient peoples tore individuals limb from limb was to tie a rope to each extremity, attach each rope to a horse, and force the horse to run. The torso and head remained, but no extremities were attached. They were ripped from the body by the horses. When the horse tore the limbs from the victim’s body, pain was excruciating. When homes were laid in ruins generally all members of the household were killed. If any remained, they were reduced to a poverty-filled existence.

Arioch, captain of the king’s guard, was given the gruesome duty to see that all wisemen and magicians were put to death. When Arioch came to Daniel, Daniel asked why the hurry to kill everyone. Arioch explained the entire situation to Daniel. After hearing the problem, Daniel asked for an appointment with Nebuchadnezzar. Daniel promised that he would describe and interpret Nebuchadnezzar’s dream. At this point likely Arioch stopped the killing spree and waited to see what would be the outcome Daniel’s meeting with Nebuchadnezzar.

Pondering Relationships: Arioch was a captain of Nebuchadnazzar’s guard. He and his men were not the personal protectors of the Emperor, but were the implementers of Nebuchadnezzar’s orders. Likely, Arioch was completely loyal to Nebuchadnezzar. He carried out Nebuchadnezzar’s every command to include doing some of his “dirty work.” Possibly Arioch had seen and heard everything there was to see and hear.  If Arioch didn’t follow the Emperor’s every command he would have been killed along with his family. Because of his position, Arioch didn’t anticipate a secure retirement.

Arioch appeared to lead from the front. Arioh didn’t just tell the men under his command to kill certain persons. Instead Arioch was part of the contingent of soldiers that actually killed the wisemen and magicians. Arioch had some reluctance about this murder rampage Nebuchadnezzar sent him on. He didn’t immediately kill Daniel even though Daniel was in the category of a “wisemen” and Daniel and his companions would have been on the “Killed List.”

Reflection: From what we read in the brief verses about Arioch in Daniel, he was one of the decent military officers described in the Bible.  What makes an authoritative person decent or not decent in their thinking and actions?

Note:  If you are interested in learning more about Lesser Known Bible Characters, visit my website:  CarolynRothMinistry.com.

One thought on “Arioch, A Decent Captain”