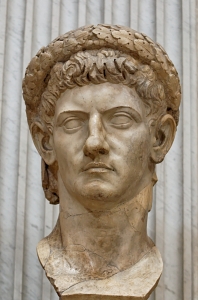 Heart of the Story: The Roman proconsul, Gallio refused to become involved in the clamor between Paul and his accusers in Corinth. The result was that Sothenes, the leader of the Jewish synagogue, was mobbed and beaten for his accusations against Paul.

Proconsel Gallio governed Achaia for Rome at least between 51-52 A.D. Corinth was located in Achaia and was a province of Rome; Paul stopped in Corinth on his second missionary journey. Proconsel Gallio’s official residence was Corinth. Gallio was the brother of Seneca, the philosopher and tutor of Emperor Nero.

Soon after Paul arrived in Corinth, he received a message from God telling him not to be afraid to speak out about Christ. God would protect Paul from attack and harm. Paul remained in Corinth about 18 months. While Paul preached in Corinth, the synagogue ruler, Crispus, and his entire household believed in God, as did many Corinthians. They were baptized in the name of Jesus Christ. It appears that Sosthenes succeeded Crispus as synagogue leader.

In Corinth, the Jews made a united attack against Paul and brought him to Gallio’s court. Their charge against Paul was that Paul was persuading the people to worship God in ways contrary to their traditions. Just as Paul was to begin to  defend himself against the Jew’s charges, Gallio stopped him. Gallio told the Jews that if they were making a complaint against Paul for a misdemeanor or serious crime, he would listen to them. But, the Jew’s charge involved questions about words and names of Jewish religious law; therefore, Paul’s accusers should settle the matter among themselves. Gallio refused to hear more about the matter and ejected Paul’s accusers from his court.

Immediately, Paul accusers – possibly all Jews—turned on the synagogue ruler, Sosthenes. They beat Sothenes in front of Gallio’s court. Gallio didn’t intervene when Sothenes was beaten. The Bible says that “Gallio showed no concern whatever” (Acts 18:17 NIV).

On first read, we think that the Proconsel  exhibited the proverbial indifference of many politicians. Another perspective is that Gallio decided that as a representative of Rome he shouldn’t intervene in what was clearly a religious disagreement among the Jews. Testimony of ancient writers agreed that Gallio was a mild and amiable man who was upright and just in his judgements. In this case Gallio decided that the Roman court was no place to settle questions of a Jewish theological nature or proselytes for or against Judism.

We wonder why Gallio allowed Sosthenes to be beaten by the mob. Possibilities include that Gallio 1) felt that because Sothenes joined in unprovoked persecution of Paul, he deserved what he received at the hands of the mob; and 2) Gallio displayed the typical Roman contempt for Jews and their religious issues.

After a bout of fever, Gallio was recalled to Rome. There, his easy-going gentleness didn’t permit him to stand against the temptations of Nero’s court. He ministered to Emperor Nero’s vices. Finally, Gallio fell under Nero’s displeasure. According to one tradition, Nero killed Gallio. Another tradition says that Gallio committed suicide after being terrified by his brother’s, Seneca, death.

Reflection: In the 21st century, often courts are called on to solve religious issues. Not much has changed in two millennia.